Ledston Hall, grade II listed building in Yorkshire, was the birthplace of England’s only Baronetesse, Dame Mary Bolles. It was also the home of Sir William Witham and his son, both said to have been murdered by Mary Pannell, who was hanged and burned for witchcraft in 1603.
June 4, 2022
Melissa Manners




When was Ledston Hall built?

The Monks of Pontefract Priory, prominent landowners during the High Middle Ages, built the chapel at Ledston Hall in the 12th century. It wasn’t until 1540 that they surrendered the land to King Henry VIII, who leased it to Henry Witham sixteen years later. Henry and his wife were the ones who had the beautiful fireplace built in the Lady Betty room.

The Witham family became infamous in the area after the mysterious death of Sir William Witham and his five-year-old son in 1593. Their maid, local herbalist Mary Pannell, was arrested for causing both deaths by witchcraft.

It is sometimes claimed that Mary, 55, had a romantic relationship with Sir William, 47, and that he was murdered at the hand of either Mary or his wife, Lady Witham.

That same year, Mary mixed up a herbal remedy for the young Witham boy to be rubbed on his chest, but when he ended up consuming it, he tragically died.

After the arrest of Mary Pannell, there was a mysterious ten year gap before she was brought to trial, found guilty and sentenced to hang by the neck and have her body burned on the hill in Kippax, Yorkshire, today known as Pannell Hill.

After Lady Witham’s death, although she had eleven children (excluding those who died in infancy), most of them died as adults without any children of their own. Ledston Hall passed into the ownership of her daughter Mary Witham.

Mary Witham, later Baronetesse Bolles, was eccentric and intelligent yet charitable, and was perhaps the wealthiest, most influential woman in England during the 17th century. She was known for being the only female Baronet ever created in her own right (or as she termed it, Baronetesse), building a water tower at Heath Hall to provide the house with clean water and even potentially changing the course of the English Civil War when she tricked the opposing side.

After the death of her second husband, Mary may have had a romantic interest in Sir Thomas Savile, a possible rival of Thomas Wentworth, Earl of Stafford. Nevertheless, Mary sold Ledston Hall to Wentworth in 1631. It seems that she may have had an agenda, as not long after Wentworth began the works on Ledston Hall, he was impeached. It is reported that the workmen refused to do any further work and the building was closed off for a number of years.

Dame Mary Bolles lived a long life, dying at the age of 83, at which point she held a lavish six-week funeral, inviting the whole town and leaving money in her will (which you can read here) to the poor children of her parish.

Mary must have had a soft spot for her childhood home, because she was buried at the church she would have been to as a child, Ledsham Parish Church, where you can see an effigy of her today.

The Effects of the English Civil War

During the English Civil War, the Wentworth family fled to the Netherlands, and Ledston Hall was sold to Sir John Lewis, who completed the unfinished building works. His granddaughter Lady Elizabeth Hastings contributed a great deal to Ledston Hall as it stands today, from the main entrance of Red Ash Drive, to the great iron entrance gates.

In 2015, the current owner, the Wheler Foundation, obtained planning permission to convert Ledston Hall into ten residential dwellings. Work has not yet started and it is unknown exactly what changes to expect to Ledston Hall, which has been standing in some form or another for almost a millennium. 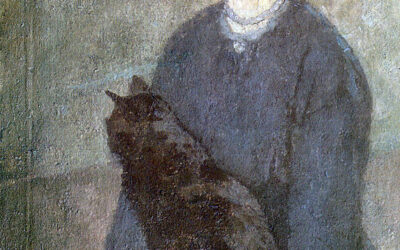 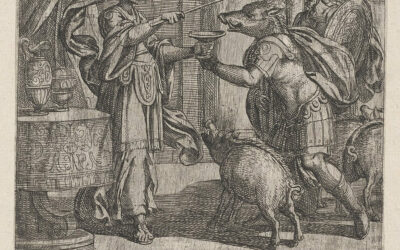 Depictions of witchcraft in popular culture have led to modern preconceptions and misunderstandings, which this article aims to put to rest. The fear of the supernatural grew to unprecedented heights a few hundred years ago, culminating in the organised prosecution of witches all across the world.